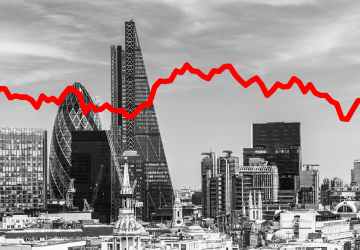 January PMI data compiled by IHS Markit indicated a marginal decline in UK construction output, which ended a seven-month period of expansion. The latest survey also signalled a slowdown in new order growth to its weakest since June 2020. Construction companies often noted that the third national lockdown and concerns about the near-term economic outlook had led to greater hesitancy among clients, especially for new commercial projects.

Meanwhile, transport shortages and delays at UK ports resulted in another severe downturn in supplier performance during January. Around 45% of the survey panel reported longer lead times for the delivery of construction inputs, while only 1% noted an improvement.

At 49.2 in January, down from 54.6 in December, the headline seasonally adjusted IHS Markit / CIPS UK Construction Total Activity Index signalled a decline in overall construction output for the first time since May 2020. However, the rate of contraction was only marginal. 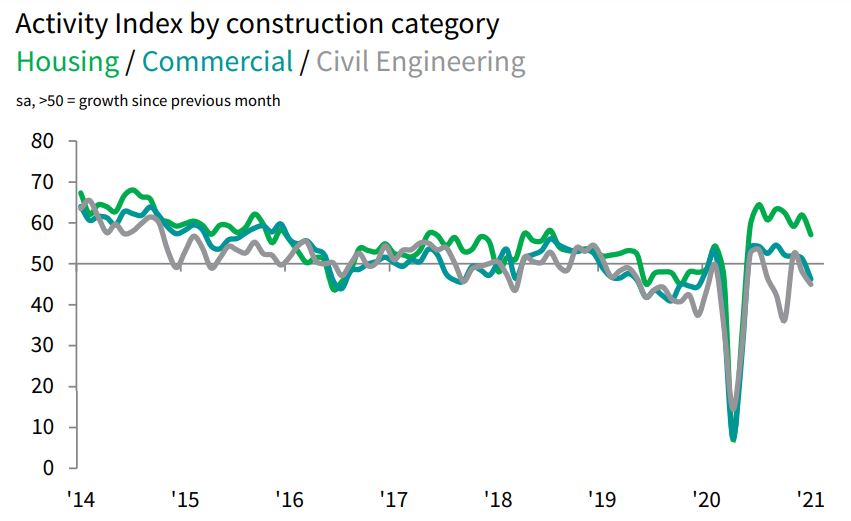 A renewed fall in commercial activity (index at 46.2) and another drop in work on civil engineering projects (45.0) stood in contrast with strong growth in the residential category (57.1). Nonetheless, the latest increase in house building was the slowest since the rebound began in June 2020.

New business volumes rose slightly in January, but the rate of expansion lost considerable momentum since the end of 2020. Survey respondents mostly commented on delayed projects in the commercial segment due to the impact of the pandemic, while some also cited less favourable demand conditions for residential work.

Employment numbers dropped in January, which reversed the marginal expansion seen during December. Job cuts were primarily linked to the non-replacement of leavers following project completions.

Purchasing activity increased for the eighth consecutive month in January, although the rate of growth eased further from November's recent peak. Strong demand for construction inputs and ongoing transportation issues resulted in the steepest downturn in supplier performance since May 2020.

Construction companies continued to experience intense cost pressures, driven by rising prices for plaster, steel and timber. The overall rate of input price inflation accelerated to its highest for just over two-and-a-half years.

Finally, latest data indicated that business expectations for the year ahead remained positive in January. However, the degree of confidence eased to a three month low.

Please agree to the conditions first